Something that has always amused or bothered me (depending upon what mood I’m in) is the idea central to literary criticism that a particular text can be interpreted in ways far beyond what the author intended. Author intent, in fact, is irrelevant. If a particular teacher wants to interpret Moby Dick from a feminist perspective, he or she can go ahead – and some already have. 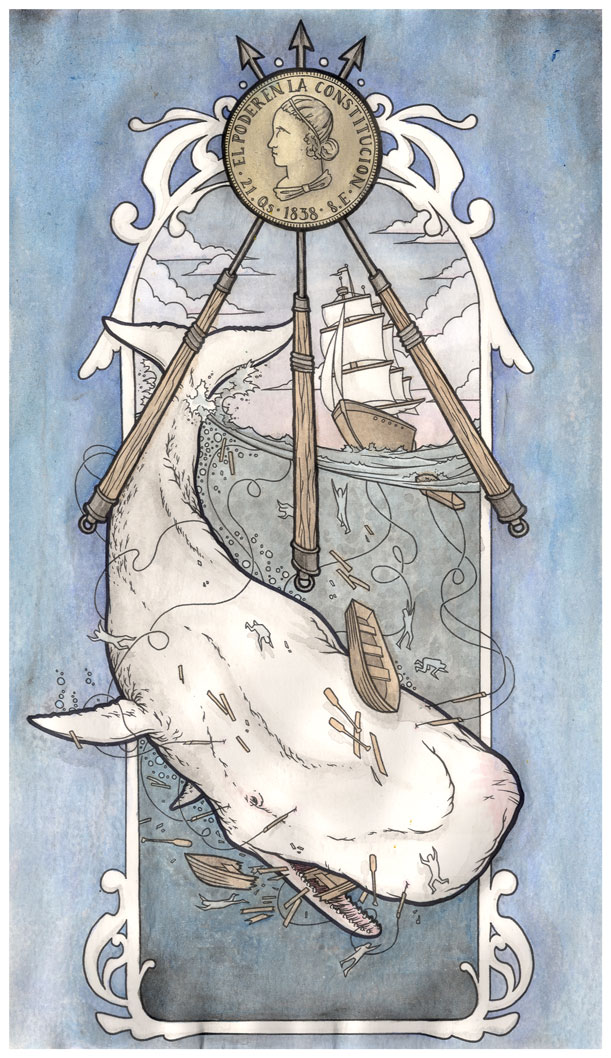 “A feminist approach recognizes that Melville’s lack of female characters does not indicate gender bias, yet the presence of such strong maleness brings danger and imbalance…The feminine wins out ultimately over male competition, obsession, and vengeance in what has been considered a story dominated by men and maleness.” (p. 203, Women in Literature: Reading Through the Lens of Gender, edited by Jerilyn Fisher, Ellen S. Silber).

Now for some reason, no one has yet put forward an interpretation of The Quest of the Unaligned that makes me squint my eyes and say, “Wait, what?” (Probably because the English teachers haven’t gotten their hands on it yet.) I did purposefully write in two interpretations of the novel: the simple adventure story/good versus evil one, and the sociological theory one. (If you’re not sure what these are, read the questions and author’s note in the back of the book.)

That’s not to say, however, that everyone’s interpretation has agreed with mine completely. I have had a few interesting readers tell me about takeaways from The Quest of the Unaligned that weren’t specifically written into the book. One Christian reader informed me that she saw Alaric’s journey out of Tonzimmel and through Cadaeren as being a metaphor for the Christian walk. Man starts in sin, darkness, and isolation, then is dragged into the Kingdom of Light and informed that he (or she) is a child of the king. One can wrestle with this knowledge, and the more one fights it, the harder one makes life for oneself, until one recognizes its truth. Only then, and in brotherhood with other believers, can one enter into the joy and light of being who you really are – a prince of the realm who lives in love.

Not quite what I had in mind when I was writing, I admit, but I’m sure you could write a freshman-level paper arguing this interpretation and support it reasonably well.

There’s also the Green interpretation, which says that only when earth, air, fire, and water (i.e. nature as a whole) are in balance (i.e. being properly preserved and cared for by the governments of Earth) that our society can survive. Some Americans, like the residents of Tonzimmel, are too focused on technology and forget about the magic of Earth, and thus they forget their true nature. Other Americans only focus on one issue (e.g. recycling, pure water, or eating “green”) and forget that everything in life and nature is a balance. We have to live holistically and in recognition of how everything we do impacts Earth, and only then can we turn our world into a new paradise. (That one definitely wasn’t on my radar when I was writing Quest.) 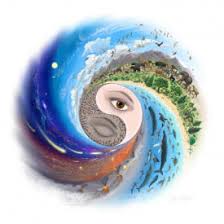 I’m going to be speaking briefly to a Women’s Lit class next week about my book, and I’m sure that someone is going to ask me about its feminist ideology. Though I wasn’t specifically thinking about writing a feminist book, I suppose as good a case can be made for a feminist reading as for a Green reading or a Christian discipleship reading. How about this?

*DISCLAIMER: In case you weren’t reading the above, the following is NOT an author-approved reading of the text!

Though The Quest of the Unaligned is told from the point of view of a male protagonist, his journey is shaped by, and his future is ultimately determined by, the marginalized but inwardly strong and ultimately vindicated female character, Laeshana. Oppressed by society’s laws and stereotypes, Laeshana is a peasant who is kept from reaching for her dreams by a glass ceiling of birth and alignment. Her unique abilities make her initially a threat to Alaric the protagonist, who asserts his belief in gender equality but also takes advantage of Laeshana’s weaker position (both contractually and in terms of social status) and lets his own masculine role as a security chief guide his actions and decisions. He refuses to listen to Laeshana’s warnings in Dragon Canyon, decides she’s crazy rather than telling the truth in Brightflower, and views his own strengths as stronger and his weaknesses as less weak than hers after battling the fire spiders.

However, masculine strengths ultimately fail Alaric: he loses his sword (a symbol of masculinity) and is rendered impotent by a magical enemy until Laeshana saves him. Alaric is forced to recognize that Laeshana’s strengths of faith, love, and empathy with others are actually stronger than his own strengths, and that only by following her example (ultimately doing for Laeshana what she first did for him) can he find true happiness. Laeshana herself is ultimately recognized for her true worth, elevated to a position of high status, and finds the happy ending she seeks with the man she loves. While these things happen because of Alaric, they only happen because of the man she has made him to be: a man who recognizes his dependence upon the feminine, as embodied by Laeshana.

Heh heh. I’m sure that all of my English major friends are wincing right now, because I’ve never actually learned how to analyze text from a feminist viewpoint. That’s all right, though, because I just made it all up anyway. I hope it was entertaining, or at least cringe-worthy enough to encourage you to go and write your own (far better!) analyses of your books of choice. If you write one about The Quest of the Unaligned, let me know! If it’s better than the above criticism (and it probably will be), it might even be featured on the blog. Good luck!