This week at school has been incredibly busy for me, mostly due to my being sick and thus needing more than eight hours of sleep a night to function at even a remotely near-human level of productivity. (Dreams of superhuman levels of productivity are sadly currently as far out of reach as California sunshine.) On the bright side, however, some of the articles I’ve been needing to read and summarize for my Ph.D. seminars would make surprisingly good novel settings. Here, I’ll show you. Prepare to be inducted into the world of top-tier marketing literature, via a novelist’s point of view.

Megan Erikson has a problem. A big one. In fact, it’s fourteen feet long.

It’s her kitchen table – and it doesn’t fit into her new house.

“We could cut it down to size,” her husband, Reece, suggests, but this is unthinkable. That table has been part of Megan’s life since she was a child. Growing up in a large family, she remembers long nights of laughter and tears spent around the kitchen table, can still see the stains on it from spilled hot chocolate when they were cold and chicken soup when they were sick, spilled paint and glue from craft projects, and the less visible stains from spilled love. So much love, spilled over from her brothers and sisters and mother and father when they gathered around the table and prayed during Bible Studies or before meals, and since then spilled from her own heart out to her children, as they laugh and play, and yes, fight, around the table just as she did. The table, all fourteen feet of it, is part of who her family is.

“But it doesn’t fit in the dining room,” Reece points out. This is an incontrovertible fact. Unfortunately, the house can’t be changed any more than the table can – the Erikson family is moving back into Reece’s childhood farm, and the house has just as much meaning to him as the table does to Megan. The decision is made to move the table into a different room in the house, but it doesn’t quite fit there…just like Megan’s family isn’t quite able to keep its old routines and habits without the table that was the center of their family identity. A new house and a new life will make the Eriksons lean on each other more than they’ve ever had to before, and as they struggle to adapt, they’ll all need to come to terms with what it means to be a family, with or without their traditions. 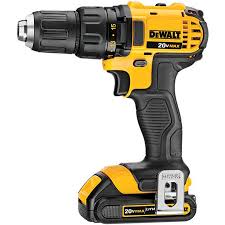 Whirrrr! Stuart grins as he shows off his top of the line power-tool. “Sweet, isn’t it?” he asks as he turns it off. “I picked it up last week at the hardware store. They have really knowledgeable people over there; they showed me exactly what I needed for my next project.” Stuart gestures around his workshop – a corner of the garage neatly packed with expensive, high-quality craftsman tools. “I’m thinking I’m going to build another cabinet to go with the one I made a few months ago,” he continues. “Not to brag, but I think I’m the only professor I know who’s a real craftsman outside of the classroom. You wouldn’t believe the compliments I’ve gotten on the first cabinet – from my wife, from her friends, heck, even from the other guys at the office. It really bumps me up a notch or two, you know, when they see that I can do real work as well as write and teach.”

Louis curses as he tightens the loose segment on the pipe. “This is the third time this year I’ve had to fix that stupid faucet,” he grumbles. “Work, work, work, that’s all I ever do. Work at the factory, then come home and my wife hands me this stupid list of things that I need to fix at home. The work never stops, does it?” He wipes one meaty hand on his forehead. “Not that I’m complaining. It’s part of my job to take care of the stuff that breaks. What kind of a provider for my family would I be if we had to live in a house with leaky faucets?” He gives the wrench a final sharp twist and sticks it back in his well-worn box of tools. “I’d never pay someone to fix things around the house,” he continues, looking disdainful as he talks. “Maybe electric work, yeah, or fancy stuff like that, but not normal repair. What kind of a man can’t keep his own roof from leaking? Not the kind my old man raised. We’re real men in my family.”

Stuart and Louis’s lives couldn’t be more different, even when they’re hammering away at a DIY project at home. But when a hurricane blows through town, they find themselves each leading a volunteer crew to repair the university where Stuart teaches and Louis’s son attends. An intense rivalry and competition ensues, raising questions of what it means to be successful, to provide for one’s family, and to be a man in modern America.

For those of you who are interested, there are many more articles like these out there – ones I’ve read recently involve Harley motorcycle clubs, Vietnamese weddings, Star Trek conventions, and even home decorators (It’s apparently “nonnegotiable” to buy fresh flowers to decorate your home each week. Flowers set “a standard for attention to detail…that enlivens the senses and invigorates our vision.” This is in addition to arranging one’s bookshelves by color, or putting a white dust jacket on all your books so they don’t clutter the look of your room. [Arsel & Bean, JCR 2013, p. 909] A scary bunch, home decorators.).

You never knew marketing and novel-writing went so well together, did you? I certainly didn’t.

Now back to work. Next on the reading list: “Does Cultural Capital Structure American Consumption?” Siiiiiigh.