A friend of mine posted this video on Facebook the other day – it’s pretty amusing, if you have time to watch it.

This video (subtly) brings up the issues of rip-offs, clichés, tropes, and themes. These four are what I’ll be talking about in today’s Savvy Saturday post, and they go in a sort of progression from bad to good. Rip-offs are probably just what you think they are. Someone likes someone else’s idea, writes their own version of it that’s really similar to the original, and tries to market it as their own unique work.

For instance, any time you’ve heard something called “A Lord of the Rings rip-off,” you can bet that it probably involves an everyman type of protagonist in a world full of magical creatures (likely including elves and dwarves), who has to join a quest to rid the world of some dark magical evil that threatens life as we know it, the life-force of which is bound to some object that the questers must hunt down and destroy. 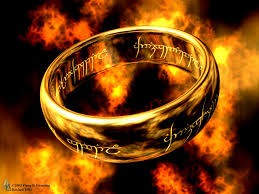 Rip-offs, by their nature, are of lower quality than the original; it is also typically clear that a rip-off was trying to emulate the original work and didn’t do as good a job as the first author. For something to be a rip-off, then, it has to have enough specific elements in it that were also in the original book that it’s clear that the author of the rip-off book couldn’t have gotten them from another source.

Clichés are elements that get included in so many stories that they’re no longer new or interesting. We’re most used to clichés being figures of speech (e.g. “it was a dark and stormy night,” “she was good as gold,” “when hell freezes over”), but they can also be settings, situations, or characters. Fairy tales that include two older sons who are bad and a third son who is good are invoking this classic cliché. Meeting an old woman who turns out to be a witch/sorceress/fairy is a similar fairy tale cliché. (Double points if she’s met by a well and asks the hero to draw water for her!) Similarly, black hair or attire is a clichéd mark of a villain, while blond hair and simple peasant attire is a clichéd mark of The Chosen One. (For any of you who are interested, countering this cliché is one reason why Alaric’s hair and security chief uniform in The Quest of the Unaligned are both black.)

Disney movies take the idea of a character-situation-setting cliché to an extreme: probably half of their heroes and villains end up fighting on a perilously high location (likely in the rain), the hero saves the villain’s life, and the villain ends up falling to his death. (See Beauty and the Beast, The Lion King, Tarzan, The Hunchback of Notre Dame, etc.) 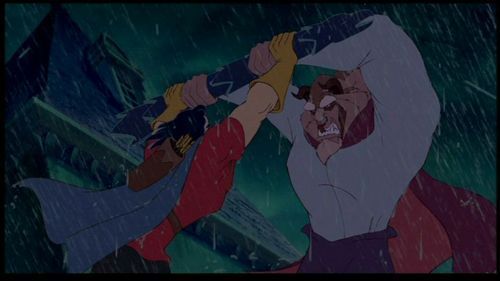 From this example, you can see that stories can have clichés in them and still be fun to read. The problem with clichés is that you as a reader know what’s going to happen already in the story, so it will be less able to keep your interest. Clichéd stories have a tendency to fall into the realm of “mindless fluff” and entertainment, and therefore less of a tendency to be remembered more than five minutes after the reader puts the book down.

Tropes are the ideas that the video above is using to amusing effect. A short definition is that tropes are a typology of the ways in which plots, settings, and characters can play out. For instance, if you’ve already read The Quest of the Unaligned, or if you don’t mind spoilers, you can check out http://tvtropes.org/pmwiki/pmwiki.php/Literature/TheQuestOfTheUnaligned, which lists all of the tropes readers have found (thus far) in the novel. The idea that George Lucas and J.K. Rowling have “the same protagonist” in their books is because they both use a number of classic tropes about “The Chosen One.” This is a particular kind of hero who has particular kinds of adventures due to his particular background. However, the descriptions of the trope are broad enough that authors can interpret tropes in creative and entertaining ways, such that the reader base can’t determine exactly what will come next.

Finally, themes are broad, general messages that can be drawn out of stories to make a statement about the world at large. “Good triumphs over evil” is one theme that is found in many stories. “The transforming power of love” is another, as is “Freedom is more important than peace.” (Here’s looking at you, Hunger Games.) Themes might be purposefully included in a book by an author, or they might just work themselves into a story without the author’s knowledge, to be later found and teased out by eager English teachers.

In fact, themes are one of a book’s most powerful weapons for shaping readers’ opinions and the culture at large. When you read a story, psychologists say that you are “transported” with the story and are susceptible to being influenced by the morals and messages of that story. Even after the story is finished and the reader comes back to the real world, experiments have shown that people are more likely to agree with the ideas from the story than they were before they read it.

To summarize, stories have power. They have more power when they’re not rip-offs or clichéd, and they use their power via telling stories with tropes to express themes that they can use to change readers’ minds, and hopefully change the world.

Now you know my secret plan. Change readers’ minds, and change the world. In what way? Find the themes of my stories, and you’ll have a pretty good guess.