There’s far more literary history to England than just found in London and Oxford. Though I don’t have time to visit all of these places on this trip, here are some reasons to come back in the future!

I am ecstatic to be able to see a Royal Shakespeare Company production in Shakespeare’s home town. Sights definitely worth seeing include the Globe Theater, where his plays were originally performed, as well as the houses in town that relate to Shakespeare’s life, including the house in which Shakespeare was born. Actually three small towns on the Devon coast, the English Riviera was home to famous author Agatha Christie (whose detective stories about Miss Marple and Hercule Poirot have made her one of the most popular authors in the history of the world). With a yearly festival in September dedicated in the region to the “Queen of Crime,” the English Riviera sounds like a fantastic place to come back and visit when you’re in the mood for murder. Solving cases, that is. 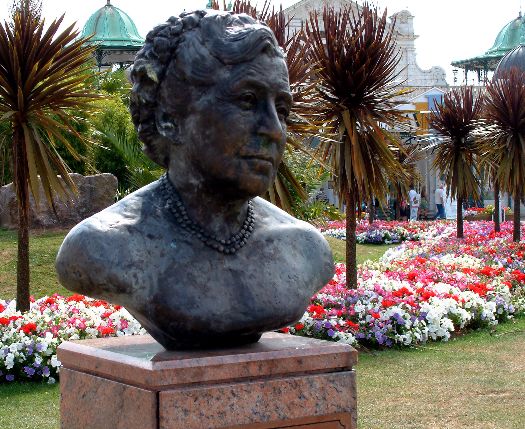 These windswept moors offer a lonely and awe-inspiring vista that speaks of wildness, drama, brooding angry men, and mad wives locked up in the attic. Or, at least, that’s apparently what the moors spoke of to the Bronte sisters, who wrote Jane Eyre and Wuthering Heights and called the moors their home. What inspiration awaits other authors who trek to see their wild, lonely isolation? I don’t know, but I’d love to find out someday…

For now, though, it’s back to the USA for me! We’ll see how long it takes me to get back into the habit of using American spellings in my writing…